A third actor has made the leap from the Stratford (Ontario) stage to the set of a Star Trek movie – Nazneen Contractor.  As everyone knows, the talented Canadian performer follows in the footsteps of fellow Shakespearean thespians Christopher Plummer (General Chang) and William Shatner (Captain Kirk). 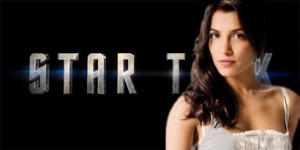 While she’s probably best known for her roles in the popular TV series 24 and The Border, she made a big impression during her short time at the Stratford Shakespeare Festival in the town of Stratford, Ontario. She was only with the festival for two seasons, during which she performed in Pericles and A Midsummer Night’s Dream. Both shows were directed by Leon Rubin and received excellent reviews, especially Pericles (2003), which I enjoyed (mostly because of her).

She’s not only a welcome addition to the Star Trek family because she’s Canadian, but because she’s a damn fine actor. Check out what Toronto Star theatre reviewer Richard Ouzounian had to say about Contractor’s performance in Pericles:

Add to this the single most impressive Stratford debut I can recall: that of Nazneen Contractor as Pericles’ daughter, Marina. This young woman blazes with intensity and turns the character’s virtuous integrity (which can seem cloying) into a positive life-force.

She, too, speaks the verse with beauty, and her recognition scene with Goad is played at such emotional intensity that most of the opening night audience was moved to tears.

Star Trek could be a breakout role for Contractor, which is obviously good for career, but bad for anyone hoping she might make it back to Stratford one day.

What do we know about Contractor’s role in Star Trek? Absolutely nothing. Well, that’s not quite true. We know she plays the “wife of family man,” who is played by Noel Clarke. If you count that as a spoiler, I feel sorry for you.

We’ll learn more about her character closer to the film’s release date in May 2013. Until then, at least we have more reason to hope the movie won’t suck. 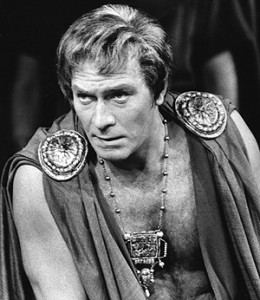 One thought on “Another Stratford star joins Star Trek family”