The latest news from the Disney/Star Wars front that has the Internet buzzing is that fans can expect, starting in 2015 with Star Wars: Episode VII, a new Star Wars film EVERY year.

My first instinct was to write about what a bad idea this is. But for once in my life I’m going to go with my gut instinct.

Looking at the Dark Side of this news, some have expressed fears of giving fans too much of what they want. A few months ago, there was no reason to believe there would be another installment of Star Wars in theatres EVER. The saga ended with Episode III, we were told. All we would get were more comics, books, and maybe television shows. Now we’re at the opposite side of the spectrum, which is Star Wars every summer.

There are people already complaining that the franchise will be diluted and lose is special status. That audiences get to the point they’re sick of Star Wars. That fans could develop something similar to Star Trek fatigue. I admit these concerns entered my mind too. But it’s all fear. And fear leads to the Dark Side. 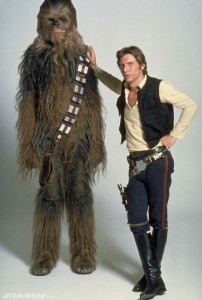 If you’re Disney you thought this all through. You don’t pay $4 billion to George Lucas so you can make another Star Wars trilogy and that’s it. They’ll milk it for all it’s worth. And Star Wars is bigger than a movie or a trilogy or a few trilogies – it’s known as the Star Wars Universe, after all.

And here’s why I’m excited. Even a bad Star Wars movie is pretty good. It’s a place we all fell in love with from Episode IV, and one we all long to return to every summer. In the right creative hands, Star Wars fans will receive years of filmed entertainment featuring their favourite popular - and obscure – characters from a galaxy far, far way. I’ll take a Boba Fett movie, or Yoda movie, or even a Nien Nunb movie any day over a lot of the other summer offerings Hollywood has to offer.

A Star Wars movie every summer is a dream come true. Let’s stop complianing and enjoy the ride. 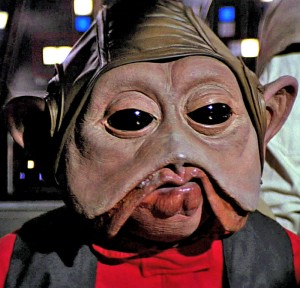