J.J. Abrams has been named the director of the next chapter in the Star Wars film series and I think fans should rejoice. I don’t “love” all his films, but here is why I think he’s an awesome choice.

With respect to Star Trek, J.J. admits to being a bit of an outsider. He never watched it on television nor did he watch the movies. He simply wasn’t a fan of Star Trek. He entered Star Trek at a time the franchise was on the wane. The last film bombed at the box office. The latest TV series was cancelled after only four seasons. Even the core fan base was losing interest. Not good. 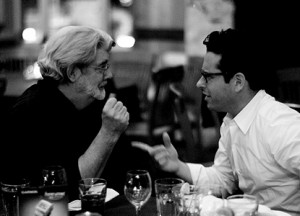 Star Wars is in a different state. J.J. has always loved Star Wars and he was hesistant to take the job because of the great fondness he has for that universe. J.J. understands the responsibility he’s taking on here and it’s a big one. Although the prequels didn’t do much to enhance the perception of the Star Wars franchise – and many would say it was diminished – I wouldn’t say Star Wars is in decline. If you look at the box office results for the prequels, it’s clear people want another great Star Wars trilogy and are rooting for J.J. to succeed.

I think he will succeed because he knows he doesn’t have to do anything radical like he did with Star Trek. Star Wars is not broken, it just needs a slight refresh (with the help of Mark, Carrie and Harrison returning). He knows what parts he can mess with and what parts are also sacred.